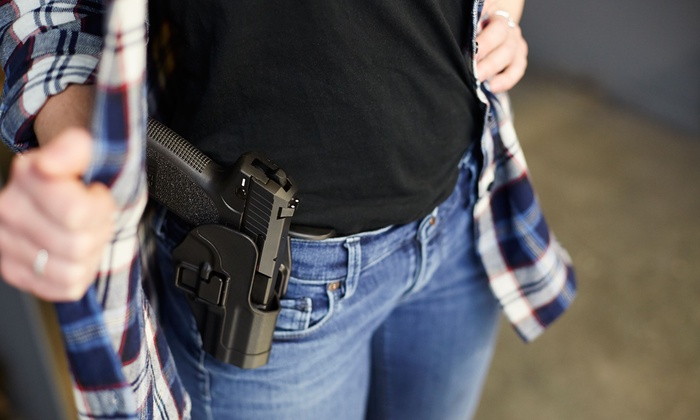 However, some situations require advanced planning that may require you to leave your gun behind. For example, if you’re going into a courthouse, you’ll need to leave your firearm locked inside of your car, either in the trunk or in a separate locked box.

It sounds weird to think you should always carry your firearm at the grocery store, but the truth is that you don’t know when someone might pull out a gun and start shooting. If you’re carrying your gun, you have a chance at protecting yourself and everyone else.

Mass shootings in the United States have been on the rise for a while, but incidents have skyrocketed since the pandemic. So far, just 18 weeks into 2021, there have been a total of 194 mass shootings. That’s around ten mass shootings each week. One of those incidents occurred on March 22 when a 21-year-old gunman killed ten people at a King Sooper’s in Boulder, Colorado.

You’ll probably never need to use your gun in a supermarket, but you never know. It can and does happen. If you’re armed during a shooting, you have a chance to save lives.

Parks and hiking trails can get pretty remote when they’re not overcrowded. That makes you a prime target for getting mugged, especially when you’re alone.

Carrying your firearm with you to the park or when hiking will give you the most amount of protection possible. And it’s not just humans you need to protect yourself from – you might encounter a bear, a cougar, or a coyote that won’t back off.

In addition to carrying your firearm, it’s wise to also carry pepper spray for close encounters and also bear spray for deterring a threat from a distance. For animals at a distance, you can use bear spray first, and that usually does the trick. Hopefully you won’t need to use your firearm in a park on a human being, but if you get mugged or assaulted, you’ll have protection.

Just make sure you know your state’s concealed carry laws before carrying in a park. Also, national parks sometimes have different rules. For example, you can carry a gun in Yellowstone National Park, but you can’t fire it even in self-defense.

Just like any grocery store, if you go to Walmart, don’t leave your sidearm behind. For some reason, mass shooters frequently target Walmart. You don’t want to be unarmed and trapped in a store with an active shooter.

Most people will never experience this situation, but you have a CCW permit for a reason – exercise your right to carry in places that are more likely to have a mass shooting. If your permit is legal, you can carry in Walmart. Walmart doesn’t prohibit concealed carry, but they have publicly discouraged people from open carrying in their stores because it scares people.

Even though you have a right to open carry in some states, and Walmart shouldn’t be taking that right away, there are individuals who abuse their rights just to make a statement. These people ruin things for everyone. However, when you have a CCW permit, you don’t need to worry about freaking anyone out – your gun will be invisible.

However, if your employer allows you to concealed carry, it makes sense to do so. Again, hopefully you’ll never need to use your firearm at work, but if you do, you’ll have it available.

Don’t leave home without your weapon

Generally, if you have a CCW permit, don’t leave home without your weapon unless you’re going somewhere that doesn’t allow you to carry. Or, get a locked box for your car to store your weapon when you need to enter a gun-free zone.

What are the Most Common Types of Windows

5 signs you need to upgrade your front door